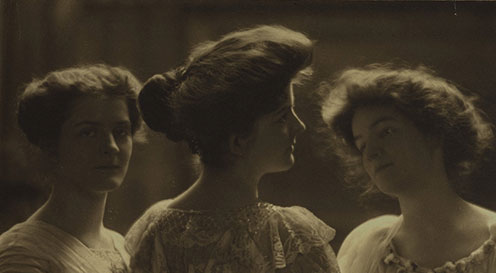 As an art movement, Pictorialism was at its high from 1885 to 1915 but its key aim is as relevant today as it ever was. Pictorialism sought to counter any argument that photography was not art. People, who did not consider photography art, argued that cameras were so easy to operate that the pursuit was nothing more than an act of copying something mechanically.

To assert photography as a form of art, a number of photographers began to experiment with highly technical processes in order to create images that looked more like paintings. Today that development might be regarded with a sense of irony,  but it had a profound impact in that museums began to collect photography. The legacy of pictorialism might be summed up like this: the general public may never have accepted photography as art on an equal footing with painting or sculpture. But the art world itself is no longer in doubt about its right to equality.

Return to the art glossary
Return to entries beginning with P