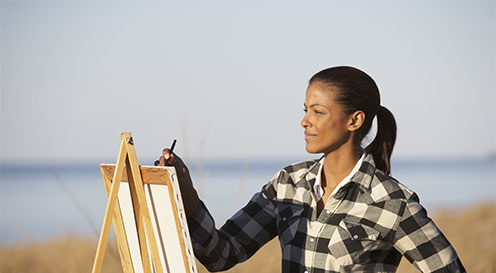 Literally means out of doors or outdoors. The French expression en plein air (in the open air) was popularly used in the second half of the 19th century. Before then even landscape painting was done indoors in studios. This new breed of painters liked the ambience and light and atmosphere outside because it was easier to observe and record.

In reality, this had a lot to do with technological leaps. The advent of the more portable paint in tubes made this manageable for the first time.

Anyhow, the new practice led to a realist philosophy that challenged the prevailing romantic doctrine.The Barbizon school to work outside almost exclusively. That is the broad sense of the term plein air. However, the group of artists who called themselves pleinairites were a group of impressionists including Camille Pissaro, Claude Monet, Pierre Auguste Renoir, and Alfred Sisley