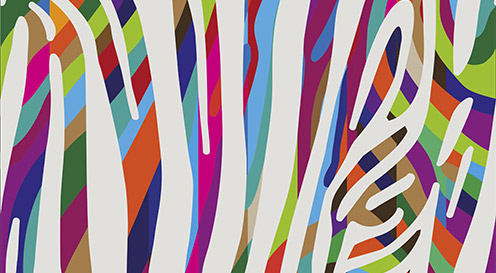 The word is simply used for multi-coloured art, or things decorated in- or having several colours. The term was first used to describe the decoration of wood and stone carving in full colour and gold. Much Egyptian, Greek was originally polychrome with sculptures painted in strong colours. So was ancient architecture such as the Parthenon in Rome according to pigment traces found on the building.

Polychrome representations have always been used in all most cultures in the world. With the advent of Christian medieval- and Renaissance art, the Europeans were subjected to a true bombardment of colours to evoke emotion and religious awe. Sophisticated Islamic art served much the same purpose though it was mostly abstract and geometric in comparison.