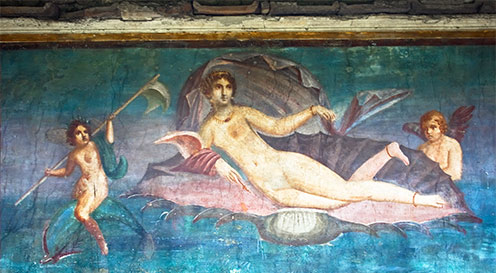 Pompeian painting is an art historical term used for paintings uncovered in the ruined Roman city of Pompeii. The city was buried in the volcanic eruption of Mount Vesuvius in 79 AD.

The paintings are of specific interest because they give us an idea of otherwise lost Greek painting. So although the paintings of Pompeii are Roman, the techniques and use of pigment were inherited from earlier Greek civilisations.

They also tell us that the Romans took the two-dimensional and somewhat flatter Greek painting and created semi 3D illusionism, e.g by adding backgrounds with atmospheric effects + highlights and shadows on objects in the foreground.

it is fair to say that Pompeian painting offers us a perfect transition between Greek and Roman art. 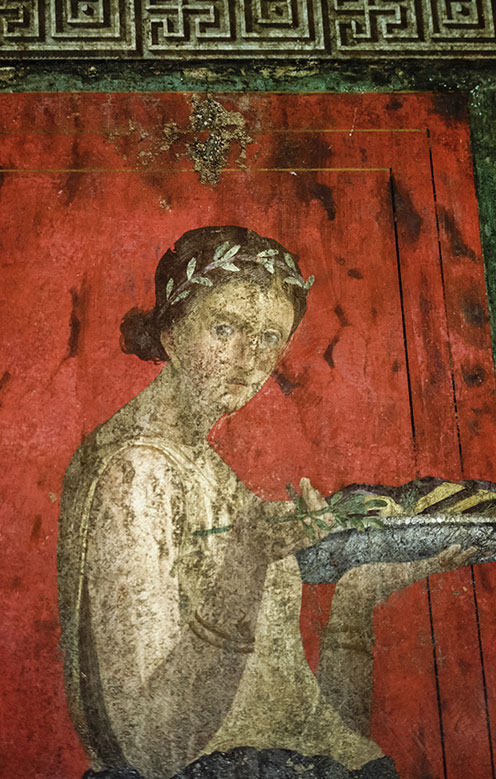