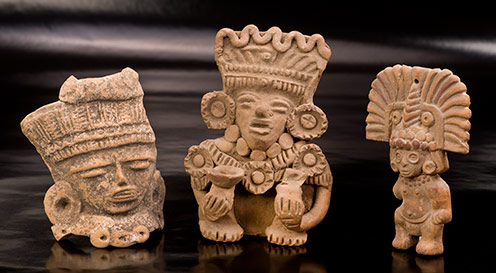 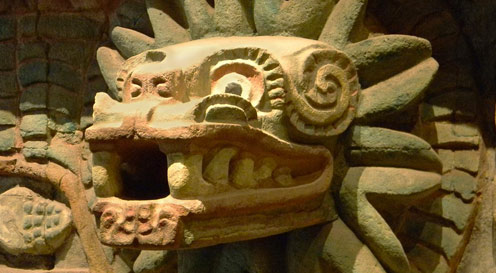 An umbrella term covering all the early civilisations on the American continents prior to their rediscovery by Christopher Columbus. Pre-columbian art is defined as visual arts of indigenous peoples of the Caribbean, North, Central, and South Americas up until 1492 and it dates back to 13,000 BC.

The art is sophisticated and relies heavily on constructing narratives of both the real and the unreal worlds, spanning topics such as the cosmos, the spirits, philosophy, recording history for future generations or depicting everyday life.

Also within that context, the South American cultures are noted for the Chavín civilisation which flourished from around 1000 BCE to 300 BCE.