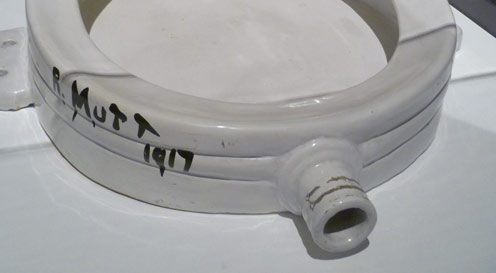 A readymade is a noun for a work of art – The term was coined by Marcel Duchamp in the context of his own work produced between 1913 to 1921. E.g. Duchamp urinal and bicycle wheel. Duchamp had little interest in what he called retinal art. If art that was only visual it was not enough, and he sought other methods of expression. As an antidote to “retinal art” he began creating readymades.

Later the dadists adobted “ready-made” to apply to common, found, objects becoming objects of art simply by them being intended to be art by an artist.

Therefore, what is ready-made has far more to do more with context and intention than an artistic draughtsmanship as such.