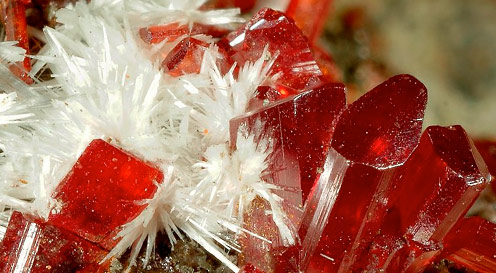 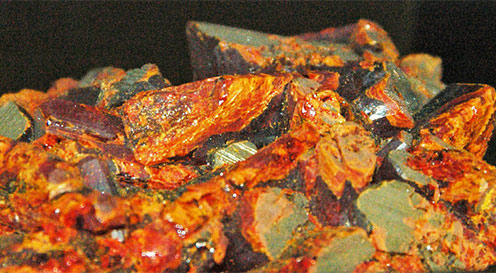 An artist pigment dating back to Egyptian antiquity. Its name is derived from the Arabic ‘Rahj al ghar’ which simply means powder from the mine. In its natural crystal and synthetic form, Realgar has been used until the 19th century.

The pigment is a red orange and is closely related to Yellow orpiment, and the two minerals are usually found in the same deposits. It naturally occurs at hot-spring deposits, volcanic sublimation and in certain limestones and dolomites. The pigment is a highly toxic arsenic sulfide but was the only really good orange before Chrome orange was invented. Because of its toxicity, artificial Realgar has been made from a recipe that uses copper since the 17th century.