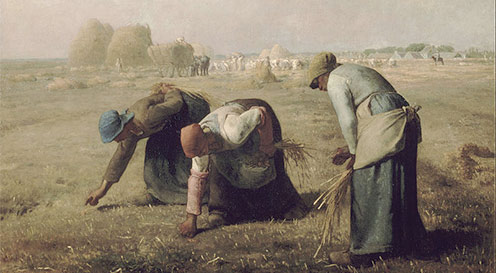 Realism in art means at least two different things. First and foremost it is a French art movement which emerged after the 1848 revolution. Secondly, it is a term that has broadly been used ever since to describe works of art that sought to depict life without trying too hard to be abstract. A good part of the general public likes the latter because the subject matter is instantly recognisable.

As for the French art movement, Realism revolted against the exotic historic or heroic subject matters and shunned exaggerated emotional import and all the drama associated with the Romantic movement.

Ordinary life became worthy motifs in painting. So did depictions of people from all walks of life whether rich, poor, pretty or ugly. Artists associated with the movement were Gustave Courbet, Jean-François Millet, Honoré Daumier, and Jean-Baptiste-Camille Corot.