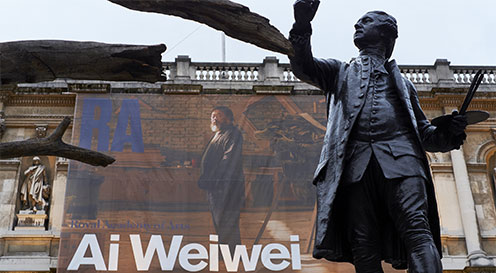 Not to be confused with RCA Royal College of art, the Royal Academy of Arts was founded by George III in 1768 to advance fine arts in England.

The start was great 34 founding members were the most prominent and promising artists including Joshua Reynolds and William Chambers. Members where entitled to use the small-cap letter RA after their title.

Then (and now) Royal Academy of Arts offered a much needed exhibition venue open to the public to appreciate art. For more than a century. The Royal Academy of Arts was considered the only significant art institutions within the British Isles. By the middle of the 19th century, it (unfortunately) became synonymous with stagnant conservatism. Since then it has recovered and is again raising in status and public significance.

Today the Academy offers a busy exhibition programme, a good source to obtain limited edition works of art, and art literature. It has supporting private and public patrons, and receives funding from the Heritage Lottery fund.