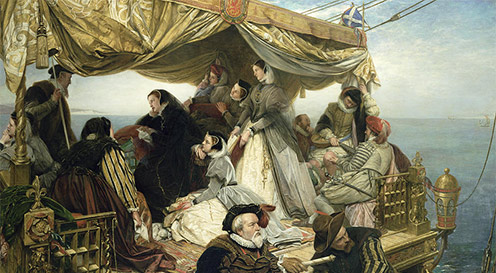 The Clique was an art group formed by Richard Dadd in the 1830s. It began life as a sketching club where the members created drawings on the same subject and asked artists and non-artists alike to assess the work on its relative merits.

The group only existed for a short period and included the artists: Augustus Egg, Alfred Elmore, William Powell Frith, John Phillip, Henry Nelson O’Neil and Edward Matthew Ward. The group split up at the onset of Dadd’s insanity in 1843.

As an group of artists, their legacy is tricky in that they spent much time explaining what and who they did not want to be, and spent less time determining what they wanted to be. As an example they were against academic high art in favour of genre painting. They also knew that they wanted to be opposed to the ideas of the Pre-Raphaelites. The stated reason being that Pre-Raphaelites were eccentric, though today we may view the critique a little like the pot calling the kettle black.