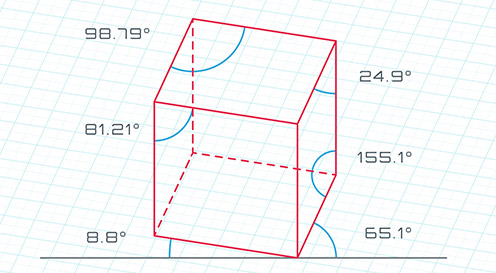 A Trimetric projection is one in which all three angles have different degrees of foreshortening relative to their length. All angles where the axes meet will be different in this type of drawing.

The concept of an isometric projection had existed in a for centuries, though it became popular with the interest from a Chemist. William Farish published his ideas in the 1822 paper “On Isometrical Perspective”, in which he clearly recognised the need for accurate technical working drawings free of optical distortion. This would lead him to formulate isometry.
Since the 1920s axonometry, or parallel perspective, has provided an important alternative for artists, architects, and engineers. Like linear perspective, axonometry helps depict 3D space in 2D. It usually comes as a standard feature of CAD systems and other visual computing tools.