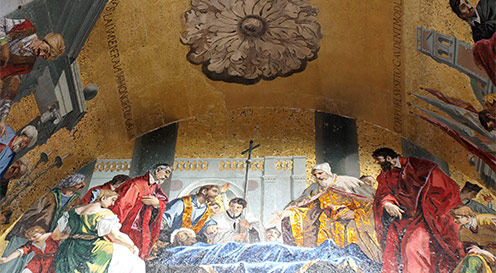 A broad term used for the painters who pioneered in oil painting in Venice during the 16th century. Stylistically, the school was associated with a rich glowing tone achieved by warm colours up layer by layer. The use of colour was a point of departure from previous art. With the Venetian school, colours were not used as decorative elements in design, but were used to mimic a certain level of reality.