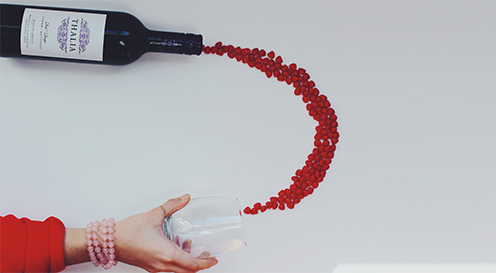 Images where characteristics of objects are intrinsically or abstractly likened to one another, and thereby acting as representation of that other. A visual metaphor is closely related to symbolism, mental models and conceptualisation and many other types of visualisation in fine art.

Indeed metaphors may be very bricks which bridge the gaps between visual art and spoken or written language. They sometimes conform to cultural conventions or ‘grammar’. Some argue that visual metaphors cannot be described adequately in formal terms only. Instead, they must be considered as visual representations of metaphorical thoughts or concepts.

As a grammar rule, a cognitive explanation of a metaphor must not distract from potential variations in meaning and impact arising from the mode of communication through which a metaphor is being expressed.