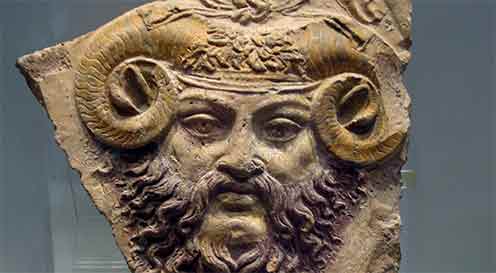 Just think of zoo being something to do with animals, and morphic something that changes into something else. Zoomorphic Ornament, is ornamentation that contains stylised animal forms.

Celtic and Viking art are examples of a visual vocabulary prone to create patterns using animal imagery, or animal style.

Religions and mythologies across the entire globe have relied heavily on the concept of the zoomorphic, which in turn has reflected itself in religious, mythological art as well as popular history painting.

Mark the Evangelist, for instance, is depicted as a lion in later Christian iconography.
The Egyptian gods were often depicted as zoomorphic or as hybrid deities. The Hindu god Ganesh(a) has an elephant head and is synonymous with fortune success and prosperity. Chinese palaces, temples and mansions have on their roofs a special kind of ornaments called wenshou, that also falls into the category