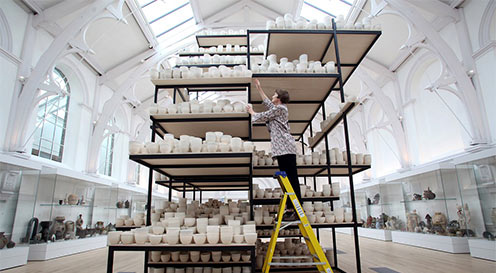 from caterpillar to butterfly

York is witnessing one of the biggest overhauls to a local art space in history. After having worked relentlessly on transforming the whole visitor experience, the museum is now proudly reopening on 1 August. It is a date not chosen at random because it happens to be the the official ‘Yorkshire Day’ as well.

Of course, the art gallery is still many things to many people. For instance, there is the broader collection of contemporary art including new work by York artist Mark Hearld. There is the permanent exhibition which has always comprised of a solid intake of Italian old master paintings from the 14th to the 18th Century. In addition, there is Nothern art by L.S. Lowry, and Hockney which in turn adds a welcome anchor to the region — as featured in the Burton Gallery along with other quintessentially English artists such as Sarah Lucas, Paul Nash and Stanley Spencer. The exhibition showcases York’s most famous artists William Etty and Richard Jack’s The Return to the Front, which was voted the gallery’s most popular work.

But, without a doubt, the most exciting development is the Centre of Ceramic Art (CoCA). With 60% increase in space at the venue, new exciting artists commissions and significant loans from major public collections, the York Art Gallery is becoming one of the most exciting places in Europe to appreciate ceramic art. It will feature more than 2,000 ceramic works at the new mezzanine level in the Upper South Gallery. The 450 square metre space benefit from natural light penetrating the Victorian Roof Void.

A 17 metre long Wall of Pots is displayed by colour to create a rainbow effect. Featured prominently, is a major new commission and bold installation by renowned ceramist Clare Twomey called Manifest 10,000 hours.

CoCA has also acquired the work Melanie by Grayson Perry, the tranny artist who was the first potter to be awarded the Turner Prize. Melanie is a delightful and amusing work of art that cracks a smile on anyone’s lips, and it is a fitting highlight for a centre of ceramic art. The complex and voluptuous character was one of The Three Graces created for Channel 4 series Who Are You? Those three ladies – Melanie, Georgina and Sarah – were contestants in the ‘Miss Plus Size International’ according to the witty artist whose cross-dressing alter ego calls herself Claire. On a more sinister note, s(he) addresses the changing views on feminine beauty in our age.

We are thrilled with the new addition to our ceramics collection. Grayson Perry is arguably the best known potter in the UK today and, as such, we felt that his work should be represented in CoCA

Other highlights include the so-called British Studio Ceramic collection, the largest of its kind in the world with works by Bernard Leach, William Staite Murray, Michael Cardew, Lucie Rie, Hans Coper and Felicity Aylieff. The Studio collection is made up from the separate collections of The Very Reverend Dean Milner – White, W.A. Ismay, Henry Rothschild and Anthony Shaw.

The Madsen Galleries below is a completely new suite of three galleries on the ground floor. The suite is named after brother and sister Peter and Karen Madsen. They left their £2.2 million estate to York Art Gallery, which has helped to part-fund the recent development which totals £8 million. 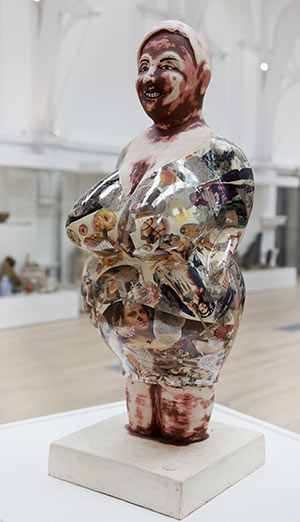 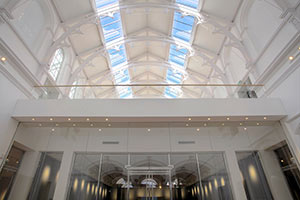 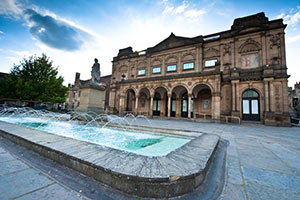