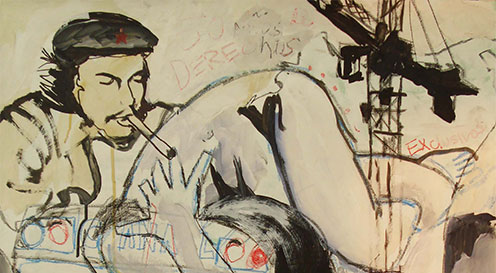 bringing the gritty stuff across

Granted, political art can do many things; but it is also a double-edged sword which is frequently misappropriated and which impact can win you friends that no one ought to have as enemies. At a less sinister level, it makes you as divisive as marmite and olives.

The marmite character and artist Cacao Spartacous lives and works in Nicaragua where he is behind a series of mixed media works that reflect the politics of his region. What the art deliberately never has in finish, it certainly has in raw nerve.

The artist boldly portrays the grittier aspects of life such as faith collapsing in government, stranded ideologies, stereotypical gender roles and environmental concerns in central America.

One of his personal crusades has been the Grand Canal of Nicaragua — or more accurately, the environmental impact from the international interests in shifting cargo containers through his new homeland. For anyone who is not familiar with the issue, the canal is a huge construction job which sole aim is to rival the Panama Canal. I.e. on completion, it will connect the Caribbean Sea (+ Atlantic Ocean) with the Pacific Ocean to save fuel costs and man hours on sea freight.

Suspicions of corruption and greed have been rife from the outset. But, whenever democracy sobers up from that, it always has to face the music. As it turns out, the music of the past was out of tune. What is more, its composers did not know how to use a calculator.

Hence, in 2013 before the construction work commenced, The National Assembly in Nicaragua realised that the nation has bitten over far more than it could chew. As a result, it sold the project and most of its revenue potential to the Chinese Billionaire Wang Jing for the next 50 years. One of the casualties in this geo-political mess is Lake Nicaragua, which is considered one of the key water reservoirs of Central America.

At first Cacao’s art is a quiet euphemism to all this, but soon hits you like a tonne of bricks. Anything goes to make the mark here. Along the shorthand messages, you detect the usual suspects in media such as acrylic paint, pencil, china marker and low-grade paper. But then you notice stamp ink, asphalt and dirt.

Son of Salvadoran emigrants, Spartacous Cacao was born in 1978 in San Francisco, USA. Life in the promised land turned out to be little more than a promise. When Spartacous reached the age of 8, his father died and Spartecous, his mother and brother must fend for themselves.

In 1988 The family returns to El Salvador soon to find themselves in a civil war. In he 1990s they return to the US and by the mid-1990s Spartacous attends high school enjoying art. after a quick stint in the military and odd jobs, he enrolls at Los Angeles Community college for a course in Print making followed by ceramics and sculpture.

By 2009 he is back in El Salvador settling in as an artist. In 2014, however, a volcanic eruption buries his hometown in ashes and makes it difficult to continue. In 2014, he decides to move to Nicaragua to work there as an artist and to learn how to make his own paper from local fibres such as banana. The same year he joins the foundation Taller de Grafica La Sirena in the Casa de los Tres Mundos in the city of Granada. 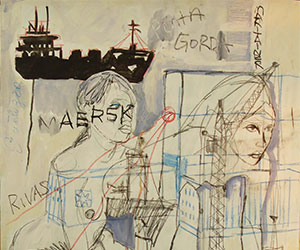 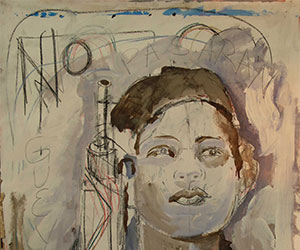 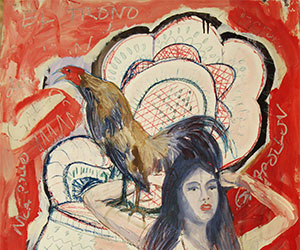