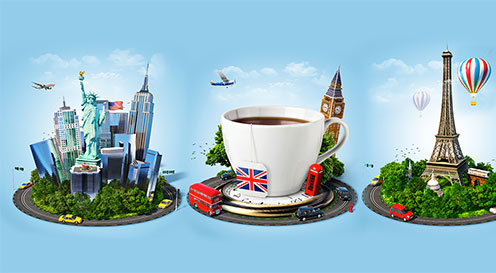 the only way is up

Artprice™ in France & AMMA in China have co-authored their annual report focusing on the global secondary art market. 2014 gives us a good idea of where we are heading and, the compendium is  of course also rounded off a crystal ball vision for 2015 and beyond. It is a fascinating read comprising of 110 A4 pages of graphed insights, which sadly not everyone has the time to read. That is precisely why you can find the more salient points in this review.

According to the authors, global confidence was regained in 2013 and ruled supreme in 2014. In hindsight, there were noteworthy records such as 1,679 hammer price results above 1 million US dollars. To put that in perspective, it is four times more than in 2004. Not only did the market witness million-dollar results increase in volume, but also in overall peak prices. For instance, 116 works sold above the 10 million dollar mark, which records that the number of $M10+ sales has increased by 500% in just a decade.

But there are other remarkable trends. The market is presently enjoying a rejuvenation

Buyers increasingly go for contemporary artists as young as 30 years of age.

Another trend is fluidity in more than one sense of the word. First off, there is the advent of the booming mobile internet economy, which is fuelled by affluent buyers over fifty who are pulling out their tablets and bid online. The second is a new gene mutation of financial liquidity. Low interest rates combined with art specialists also means less risk adversity to raising funds from equally specialised sources. It means that collectors increasingly finance their art purchases from other pockets than their own.

Although the majority of high-end purchases are by elite private collectors, there is a growing number of quite pricy acquisitions made by museums. It stands to reason, because more new museums were built in the past 15 years than in the entire 19th and 20th century. For any museum to be of public interest it must amass a collection of at least 3000 works of cultural significance.

The report scopes out encouraging developments in South Africa, and it accounts for Switzerland with its increasing importance as a free port for art. France and Germany receives some mention whereas Scandinavia South America are off the radar completely. It is no negligence on the part of the report writers. It merely reflects that the global market consist more of two giant blocks: East and West.

The West is in some respects a repetition of itself. Again, USA is the leader of the pack in terms of sales volume. The runners up are the UK, followed by France and Germany.
The share of art sold is strongly concentrated in cities. New York (over 90% of the US sales), and the lion’s share of European market (30%) is auctioned off in London, with Paris second.

Auction houses in the west have a propensity to divide their market up into segments that do not (and perhaps should not) match any art historical classification. E.g. arguably most of the 20th century art fits under the umbrella term ‘modern’. So peculiarly, auction houses slice and dice it all up according to date of birth:

Vitally, this helps decipher why the segmentation begins to reflect changes in supply and demand; and here we are in for a shuffle trending opposite to the East.

Not surprisingly, the Modern and Prewar segments are the locomotives with prices on the modern up by 31.6% and now totalling 43% of the entire market. However, sales of old masters have continued to erode due to lack of supply, and due to the types of investors who find them desirable: the museums. The latter have already absorbed most of the old masters that used to be available and they can foot the proper storage and conservation of the art. There is far more sparkle to expect from contemporary art, which continues to rise in overall share and significance. Incidentally it is also the segment with the thrill of the highest fluctuations, the one with the most media attention, and the one enjoying the highest peak prices. Indeed, it is plausible that a piece of contemporary art might fetch $1 billion dollar somewhere in the 21st century.

The Asian fine art sales, as recorded via auction houses, reached $5.83 billion in 2014 (5.27% down against 2013). While there is strength in all of Asia and highlights in e.g. Singapore and Mumbai in India, the Chinese auction market dominates the picture by accounting for most of the sale. In 2014 the Chinese market handed back its first ever global first place to the USA. Pundits might say it is a correction of the market others might profess that China regains the title as global auction player number one. Listed in order of sales importance, are the Chinese cities of Beijing, Hong Kong and Shanghai which as a trio sits on 80% of Chinese auction turnover. These cities are then followed by Guanzhou, Hangzhou and Nanjing.

The Chinese auctioneers segment their market up in:

Hong Kong the 4th largest auction city in the world bucks the trend somewhat and has a more varied, and some might say Western approach to the segmentation, it also lifts the overall statistics for the entire nation on contemporary art. 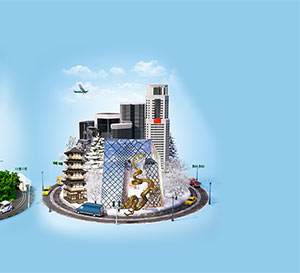