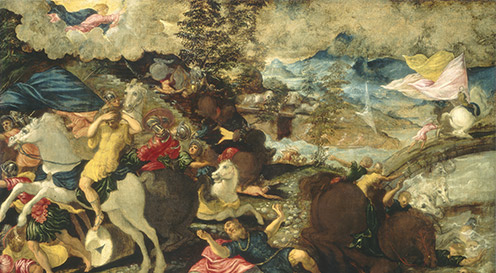 A rebirth without a midwife

Renaissance art is the painting, sculpture and decorative arts from a period in European history known as the Renaissance. It emerged as a distinct style in Italy about 1400 and spread across Europe until it evolved first into mannerism and followed by Baroque around 1600.

It is kind of a big deal because it helps understand our present and the role that art commands in our lives today. In part, it explains the elevated status the artist has held in our society ever since. Before the artist had been on par with artisans such as plumbers and bricklayers. If you live in London today, the emergency plumber has reversed that mad asymmetry perceived rock-star status. But outside central London, at least, every major national gallery is desperate to own a slice of the Renaissance. Typically, it manifests itself in paintings by Botticelli, Raphael, Caravaggio or Leonardo da Vinci; and sculpture by Michaelangelo and Bellini. The art leaps out at us with a three-dimensionality and drama never seen before. As a result, some even consider the renaissance early modernism.

However, the French term ‘Renaissance’ [Rebirth], which we have all adopted, is a slippery term because it lacks nuance. It is also a loaded term which keeps insulting Gothic and Medieval art. In fact, it relegates the latter to the dark ages, i.e. a deliberately nondescript but otherwise long period between the classical era and the then present age, and then just labels it the ‘middle ages’.

While the notion of the Renaissance is much attributed to Georgio Vasari (b.1511 d.1574), the author simply referred to a phenomenon and zeitgeist shared by many of his creative contemporaries. His writings on the Lives of Artists* prove very detailed, highly biased, and in their rambling adoration of contemporary artists and defamation of others, they provide us with unique insights into what has come to be known as Italian Rennaissance art.

Paying homage to the artist Giotto (d 1337), many of Vasari’s contemporaries were rediscovering things past and proclaimed the rebirth of grand classical roman age and Greek enlightenment. They looked at Roman ruins, Roman copies of Praxiteles sculptures, and read letters of Vitruvius. Artists and architects of that Giottotesce tradition even had the audacity, and perhaps rightly so, to suggest that their age was bringing that bygone era to its intellectual pinnacle in their own age. This perhaps inflated view of art in society comes as no surprise. Amongst other things, Vasari was a painter and in a sense, he was the first to write art history and was the first to use the word art gallery. As an architect and florentine bureaucrat, he also helped create the Florentine Uffizi Gallery.

This self-confident view met with approval in the nineteenth century, and in 1855 we find, for the first time, the word ‘Renaissance’ used—by the French historian [Jules] Michelet—as an adjective to describe a whole period of history and not confined to the rebirth of Latin letters or a classically inspired style of the arts. Very soon in 1860 to be precise — it came to have some of that over-life-size glamour which still lingers; when all Italians were conscious exponents of virtù, all statesmen Machiavellian, all Popes either monsters like Alexander VI or splendidly enlightened patrons like Julius II and Leo X

Much of the venerated art from the period was religious in nature. It would be tempting to conclude that all art was produced by god fearing artists with divine inspiration. Simply the wealthiest patron of the art was the church and it briefed the commissions accordingly. The artists did not necessarily work with any religious zeal and they bent the unwritten rules at times. For instance, they recruited models from brothels.

Much secular art was indeed produced by the artists. It was everything from portraits, still lives to history painting that drew on Greek mythology and pagan elements. One reason why it is not with us today is that the art was kept by custodians who did not preserve it as well as the church could. But more importantly, secular art was deliberately destroyed by the Church and its followers.

The destruction came in the form of the Bonfire of the Vanities (Falò delle vanità). It was the burning of objects condemned by authorities as sinful. Pretty much anything that was beautiful and did not refer to Christianity was sinful. The phrase itself was coined after the bonfire of 7 February 1497. Supporters of the Dominican priest Girolamo Savonarola burned thousands of paintings and books in Florence, and the exercise was repeated over and over and again.

As mentioned at the very beginning, the renaissance is not just an Italian job, as confined to the Vatican and the city-states of Florence, Venice, Rome and Sienna — and fueled by patrons such as the Medici, the Doge or the Pope.

No there was a cross-pollination across Europe. Flemish artists invented the oil painting, which later made Italian art flourish. Venetian art, in particular, received a real boost from the Nothern Europe. Venice had previously relied heavily on tempera painting. Also, it was not doing well with its Frescos because the latter suffered from the damp conditions of the Venetian lagoon. Both Fresco- and tempera painting are swift and skilled artist works. But in terms of convincing illusion, it was inferior to oil painting. Simply the drying times did not allow for the slow and deliberate work that the oil medium offered.

To sum up the Renaissance in Europe, art historians divide the whole topic up into geography and years. While 100% consensus rarely exists between scholars. The following may help contextualise the vast topic:

Also called pre-renaissance, proto-renaissance signifies the warm up to the ‘real renaissance’ where medieval art kind of make attempts to become more three dimensional and convincing. Gothic art with some remains of Byzantine art dominated. It manifested itself in fresco murals, tempura panels and relief sculptures. As ab example the works of Giotto (b1267 – d1337) are today considered proto-renessance contributions to art.

In the Low Countries, art constantly evolved. Netherlandish art in this context refers to the works of artists called Flemish Primitives. These artists were active in the Burgundian and Habsburg Netherlands during the 15th- and 16th century. They often resided in the cities of Bruges, Ghent, Tournai and Brussels and counted such names as Rogier van der Weyden, Robert Campin, Jan van Eyck, Petrus Christus, Hans Memling, Hugo van der Goes and Hieronymus Bosch.

Renaissance artists emerged in Florence around 1400. A defining moment was the year 1401 in which a competition was held. The winner was to sculpt a set of bronze doors of the Baptistery of Florence Cathedral. The competition drew entries from seven young sculptors including Brunelleschi, Donatello and Lorenzo Ghiberti. Ghiberti won the commission and Brunelleschi, in turn, became famous for architecting the dome of Florence Cathedral and the Church of San Lorenzo.

Ordinarily, the French Renaissance is said to extend from the French invasion of Italy in 1494 during the reign of Charles VIII until the death of Henry IV in 1610. However, certain artistic, technological or literary developments associated with the Renaissance arrived in France much earlier as evident from the Burgundy court and the Papal court in Avignon. The Black Death of the 14th century and the Hundred Years’ War in France put a dampener on French adoption of Renaissance thinking.

What most people have come to associate with the renaissance is art from its maturing High Renaissance. Two artists stand out as the epitome of High renaissance art. One was the multi-talented Leonardo da Vinci. The other was the sculptor Michelangelo.

The German renaissance is sometimes also tucked into the umbrella term of the Nothern Renaissance. German states and principalities were highly influential in both transforming and transmitting the Italian craze to the rest of Europe. The German innovation here was, with some sweeping generalisations, a more gothic-looking painting style. But more importantly, it was the printing press. With printing ‘dangerous ideas’ spread, and some took hold in the populations leading to the Protestant Reformation. The perhaps most significant German Renaissance artist is Albrecht Dürer. He is known for his prolific printmaking in woodcut and engraving, which spread all over Europe.

The German Renaissance spread from Germany to France, Poland, and back into the Netherlands, which, in part, explains why it has become almost synonymous with Nothern renaissance. Finally, the English cottoned on to the Nothern Renaissance rather late and somewhat reluctantly. 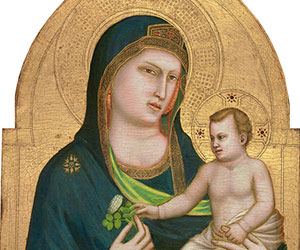 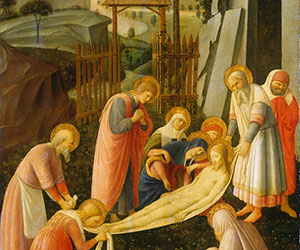 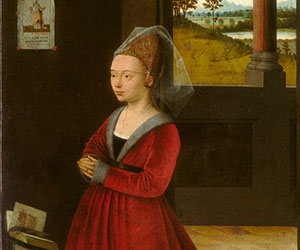 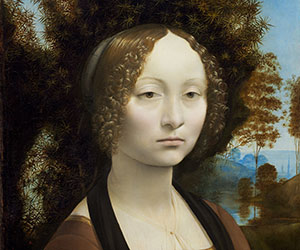