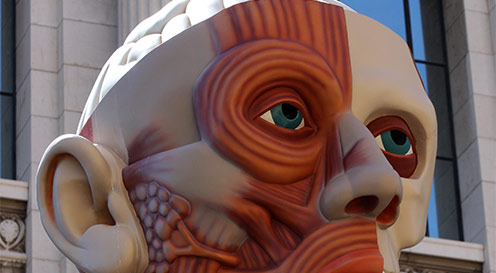 The Young British Artists, Brit Art and YBA are all name tags used to refer to a crop of 1987-1989 graduates from Goldsmiths, who have not only risen to fame in the UK but also globally. Their name was coined by Michael Corris in ArtForum around 1992. The artists were never formally organised as a group but the name stuck as a good enough marker for that particular bunch of loosely associated artists. They were artists who, it soon turned out, managed to shock the established art world, be nominated for the Turner prize and enter some of the most important private- and public collections—and all before mid-career.

The net result of all this is that this British L’Enfant Terrible has ended up being an integral part of the global art establishment, and so much so, that it has fostered its own counter-revolutionary movement by the name of Stuckism. The latter received the name from Tracey Emin and adopted the intentionally derogatory accolade ‘of being stuck in the past’ with great pride. The resistance, however, turned out to be futile or at least the Stuckists had the good sense of concentrating on their art after a good wince and whine. Today, their criticism may be regarded as all retch and no vomit. The notoriety and brand recognition of YBA is now so great that it has spun off so-called Post-YBA artists including Tim Noble, Sue Webster and Carey Young or as they are mockingly called the WBYBA (Would-Be YBA).

Remarkable art hard not to talk about

The work of YBA has always been remark-able in the truest sense of the word. For our money, being remarked upon is the best role that art could possibly assume, and there is something about the work that has captured the public imagination and received much mention. Take for instance, the painting Myra by Marcus Harvey (1995) depicting Myra Hindley. There was something amok with the execution itself, the dabs of monochrome colour turned out to be the handprints of children making more than a direct reference to the fact that Myra was a serial child killer.

Marc Quinn’s sculpture Self is exactly what it says on the tin. It consists of the artist’s won blood frozen in the shape of his own head. Tracey Emin’s infamous untidy bed or her tent embroidered with the names of every guy she’d ever shagged (Everyone I Have Ever Slept With 1963–1995)

An obvious example of the Brit Art legacy is a shark pickled in formaldehyde by Damien Hirst and assistants in 1991. The sorry waste of skin has a pretentious balderdash title of The Physical Impossibility of Death in the Mind of Someone Living. Be good on yourself and don’t dwell on it for long because although the artist does clever work addressing mortality, this is either a marketing stunt designed to be talked about or the result of a piss-up at the local pub. On balance, the pub wins.

Undoubtedly, the whole story of the shark at the YBA group exhibition at Saatchi Gallery caused deforestation to support the outcry expressed by the tabloid newspapers in 1992. Ironically, the very same paper pulp could have ended up wrapping other dead fish the day after. Again the deceased would be semi-pickled. But this time in vinegar and accompanied by greasy chips and the very pinch of salt that was missing from yesterday’s story.

Since then, the work has become more palatable to the public by gradual validation og learned critics waxing lyrical about its significance. Over time sliced and diced sheep, dead flys, rotting meat and pharmacies have all entered the vernacular without anyone batting an eyelid. The shark itself has served as inspiration for a best-selling book by Don Thompson titled The $12 Million Stuffed Shark: The curious Economics of Contemporary Art.

According to Legend, the enticing elder sister to Truth, the intelligent PR of Charles Saatchi has inflated the value of the YBA art quite early without the market wanting to correct itself (!?). It is absolutely necessary and fitting that an article, such as this should, devote a few paragraphs to the patronage of that art collector—not to mention his gift for public relations.

So we won’t. Instead, it suffices to say that Charlie’s foresight and confidence in the artists were deeply personal from the outset and that it has helped establish YBA artist careers seemingly straight from college. Knowing for well that they are no Charlies, many collectors now flock to recent graduates from Goldsmiths. Presumably, it is all in the vain hope that new graduates have been sprinkled with same golden fairy dust as the YBA vintage. For those art collectors with memory loss, that status as a leading art school for contemporary art is ephemeral. In the not so distant past, it was Saint Martin’s that held that priviledged status and before then it was Slade. For anyone thinking that one art school can be an incubator of great talent only, there is one sobering fact. Every other decade, it is somewhere else in academia that the student intake and the right charismatic tutelage combine to create synergy. 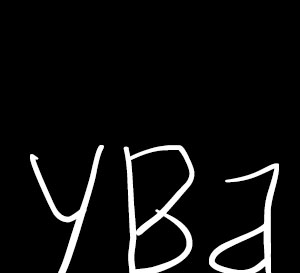