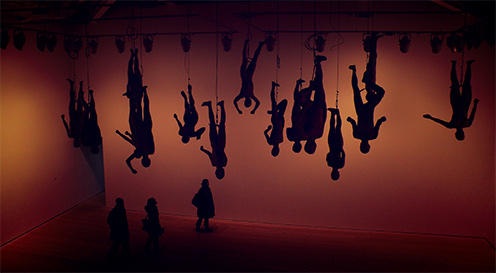 the concept of conceptual art

Forever pushing the envelope — or its luck, conceptual art will be with us for a very long time and it would be sorely missed if it disappeared. For anyone working with art, it conveniently helps broaden public perception of what constitutes art; and it provokes thought. Those are two ingredients necessary for cultural capital to thrive, and it goes some way explaining why it attracts so many Turner prizes.

The term ‘Conceptual Art’, however, is an audaciously arrogant assertion in the sense that it relegates all other art to something lacking in concept. By that assertion, of course, is implied that what is not conceptual has involved fewer brain cells.

Apart from its name having poor table manners, the art is a logical continuation of all art that came before it, if not a great supplement to all other contemporary art. Since its inception, conceptual art has long evolved into various strands, which deserve mention here.

One example is shock art though that too fails to shock because we have come to expect shocks in art, and have subsequently turned immune to them. Another strand is the minimal minimalism, the junk art, the political activism and finally pranks on the established art world.

As with so many things, the last category is tricky to manage. More often than not, pranks are brain farts intended to impress the knowing elite. For budding artists that might score points with tutors whilst at art college. But the real world is not an academic art crit, and collectors bore themselves stiff over how derivative and me-too it all turns out.

A potted history of conceptual art

Of course, it all began somewhere, and that somewhere is the earlier 20th century. Then objects became more and more like art, and art became more and more like objects. In art historical discourse, the trouble started with Marcel Duchamp. He was French chain-smoking, chess-playing, intellectual who – with his offset in dada – created his first readymades. Everything from urinals, bicycle wheels, bottle racks to snow shovels worked as art. It was art as soon as the artist intended that the objects were art and exhibited them as such. Since then lots of water has run under the bridge.

Fast forward to the late 1950ies and Piero Manzoni takes on the world of art with everything from signed bodies to artist’s breath and artist shit as tinned, numbered and signed. In 1972, the Tate collections acquired the non-assuming minimal works called Equivalent VIII by Carl Andre. The sculpture consisted of 120 firebricks arranged in a rectangular formation. 4 years later the works cleared all the headlines in British tabloids and broadsheet newspapers for reasons altogether unclear.

Fast forward to the late 1980s, and in comes graduates from the Goldsmiths who soon receive the umbrella term Young British Artists. Everything from unmade beds, frozen blood to sharks and sheep in formaldehyde caught the public imagination. In 2001 Martin Creed, a Slade Graduate won the Turner price for works number 227: the lights going on and off. Creed used an electrical timer in order to switch the light on and off at the Tate. The artist has other gags on his witty conscience, such as Work No. 88 which is simply a sheet of A4 paper crumpled into a ball and sold in square boxes as an edition. A more recent addition to the art vernacular come from China, Ai Wei Wei and other political activist have used concepts to raise awareness of issues far more pressing.

What it is not

To clear up one or two confusions, concept art and conceptual art means two different things to two different audiences. If you work in Hollywood, and produce storyboards for sci-fi films, you are officially a concept artist pursuing the illusion of a different world with a combination of vivid imagination  and great draughtsmanship. 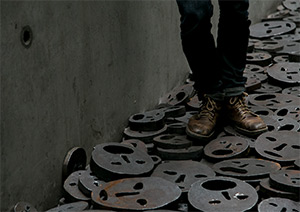 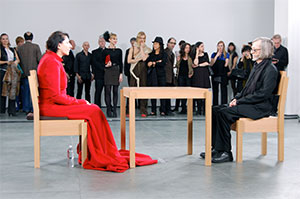 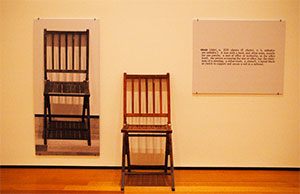 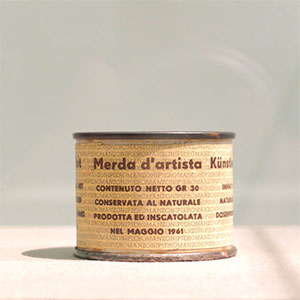