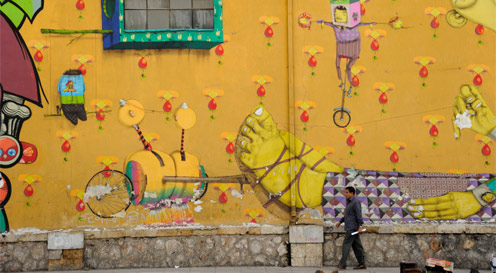 You can't take the street out of the galleries

The potency and relevancy of street art has been accepted for very long in the art world. Since then it has become mainstream to the extend that London and Paris have guided tourist tours to sniff in the waft of urban creativity. And why not? There is an explosion of street art from good ol’ grafitti to knitted tree sweaters to pavements turned into engaging public stunts.

It will therefore take decades to get the street out out the galleries. It would seem almost as impossible as getting the galleries out of the streets. It is good news, and calls for a retrospective of sorts. So here it is —soaked in spray paint.

Before the boom of commercialised street art, gallery owners went bunkers to bring the street indoors. According to popular culture, a defining moment was the discovery of late Jean-Michel Basquiat (alias ‘Samo’ as shorthand for Same Old [Shit]). But in reality he was just one of several independent discoveries made by art aficionados around the 80s. Consider that it may never have happened at that time, and with such gusto, had pop art not paved the way.

But first a couple of really uncomfortable facts

It is of course the artist, and not the street that galleries want indoors. It comes with the inherent paradox that street art is no longer art on the street, unless, of course prospective art collectors carry their purchases down the street.

Then there is this tiny, little, insignificant, fact that the brick has been replaced by a canvas as the painting medium. Another ‘minor’ detail to consider is that the art is then both created and displayed in an entirely different context.

To patch this up, galleries have sugar-coated the result by coining the term ‘urban art’ (Yuk). Let’s forgive them because of their patronage of the arts and have mercy on their souls.

Why the street artist?

It is not hard to understand why galleries look at street art as a breath of fresh air next to the output of the academy-trained artists. Here you have talent, who hasn’t got the faintest idea of her true marketable potential. The alibi gets even better when mentioning that you are taking a person out of crime and into a paid job.

It has some analogies to the recording industry. Part of the charm for Virgin Records was that the punk band Sex Pistols simply did not care what anyone thought of them. If one was sick in the studio, he would rather vomit in the pot plants than run for the toilets.

It is the same thing with street art. It is an utterly untamed, unpretentious, form of art. It is pure, raw and in disdain of society. But more importantly, it is made without commercial interests entirely. When you know how precious some artists are about their art, the street artist is also completely accepting of her work being erased or painted over by another street artist hours later. E.g. At great expense, Banksy’s work has been cleaned away by the Bristol City Council repeatedly, before he became a marketable commodity in the art market.

The origins of urban art street art and grafitti

Every generation is excused for thinking they invented sex. In the same way, we think of street art as ‘right now’ or ‘cutting- if not bleeding edge’. For the more seasoned, street art is regarded an eighties and onwards phenomenon first labelled ‘graffiti’. Either is equally true and false. This form of mark-making is as old as mankind itself. Pyramids and excavations in Rome, Herculaneum and Pompeii are all testament to the fact that the act is much more than software. It is an integral part of the hardware making up man. Not to mention that Semiologist would have a field day creating incomprehensible books to bring home the point. So let’s just semi-park that.

You don’t find a street artist in the Yellow Pages

For a gallery owner it is harder to find a suitable street artist than you might think. Tracking them down is one thing, the other is to make them accept the tag of being gallery artists. You have to infiltrate a shady collegial club of artists never known by their real names but Blu, SAM3, JR, Jimmy C. It has some obvious reasons along the lines of:

If it’s my mum calling, I’ve been here all day. If it is the Police I’ve just left

At some level cities intuitively understand that it is futile to fight street art. So if you can’t beat it, join it. At least then you can influence where it happens to a larger extend. It is a policy of containment.

In many progressive cities in the world, the street artists are now invited to use certain areas by the authorities. The Crono Project is one of these massive initiatives. A large corner building in Lisbon is covered with edgy work by Os Gêmeos, the Brazilian twin brothers and Italian street artist Blu. In addition, ARM has created a striking piece of art on the Avenida da Liberdade over bricked up windows and doors.

The Portuguese capital is unique in that respect. It has a number of buildings which are so derelict, that they cannot be used for anything sensible. Their owners are usually families who obtained the plot of land during the Salazar Estado Novo era. More often than not, they are just waiting for ready buyers or green light to call in the bulldozers.

It is being hoped that it may prevent some from tagging the historic Bairo Alto in Lisbon in the same way that Parisian authorities try to move the attention away from the touristy Seine waterfront and on to something else. More legitimate space for street art is welcome. However, the serious street artist, and the juvenile delinquent tagging, are two very different segments of the same criminalised market, and maybe always will be.

The code amongst the spraycan warriors

You might think of street art as anarchy, and yes it is. But ironically, artists adhere to a surprisingly noble set of rules founded on mutual artistic respect.

Here are the otherwise unwritten rules in tweaked street vernacular:
1) you don’t grass on a fellow street artist to the authorities. You ‘buddy’ will be sentenced to many hours of community service for not being able to pay fines. If you’ve got a score to settle, then ridicule her art or go for a verbal punch up.
2) Find some free concrete to paint. If you can’t, then paint over the works of your ‘buddy’. However, only do so when the street knows that your are the better artist.
3) There is enough wall to go round, so don’t go for listed buildings of historical and cultural significance. It is the domain of disrespectful teens with an IQ below the floorboards.

Related:
Article on the Street Art Project by Google Cultural Institute in Paris 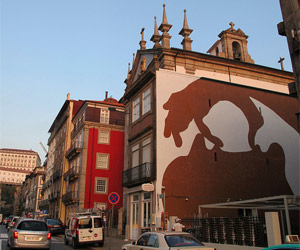 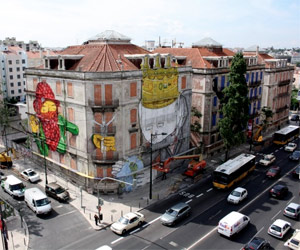 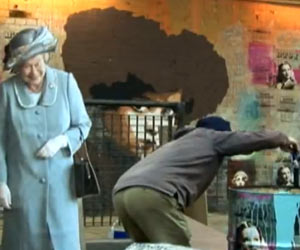 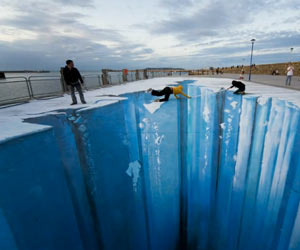 Crevasse, the making of: 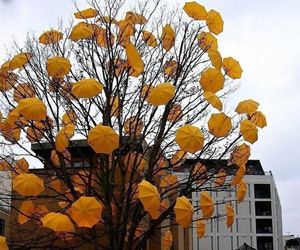