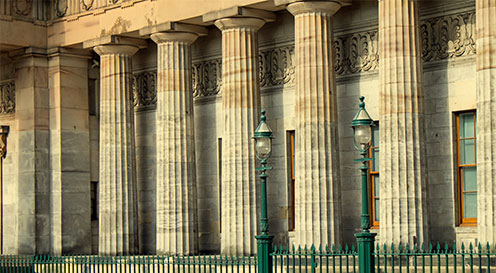 the scottish collection of fine art

The Scottish National Gallery showcases remarkable collections of Scottish and international art. It is an increasingly popular tourist attraction, which has earned it the status of 2014 trip Advisor™ winner.

The vast collection is spread across three floors. The lower level exhibits purely Scottish art permanently and has an area dedicated to temporary exhibitions.

The Ground floor is more of a mixed back curated into logical groupings in either region or chronology. In the middle, there is an area dedicated to Cabinet pictures created between 1560-1700. It includes the Adoration of the Magi by architect, art historian and artist Georgio Vasari. Also in the middle, you find Poussin’s second series of Seven Sacraments.

The exhibition space comprises of works from the Italian Reannisance, Southen Baroque, Rubens & Van Dyck, Dutch and Flemish Art, Dutch art, Rococo to Revolution; and finally Painting as Spectacle which are big, bold and theatrical works from 1785-1870 which were painted by Royal Academists either for the public museum context, as national propaganda or as private commissions aggrandising ones family.

The permanent exhibition at the upper level displays Northern Renaissance and Gothic Renaissance,
Eighteenth-Nineteenth Century Art plus a good line up of French impressionism, and an area dedicated to temporary exhibitions.

Highlights of the collection

There is something for every taste at the museum given that it comprises of some of the best pieces from every important era in art history, except that there is less modern art and even less of the cutting edge contemporary ilk, you might think. However, the museum is rejuvenating itself with the ambition ART 3 programme.

If you go visit, home in on that Scottish flavour that you cannot taste elsewhere in the world.

Consider looking at the Reverend Robert Walker Skating on Duddingston Loch, better known as The Skating Minister which is a memorable painting by Sir Henry Raeburn.

The Royal Scottish Academy and the Museum

The landmark building the Mound was originally used to house the RSA, the Royal Scottish Academy. One aim of the latter was to found a national collection. The independent organisation is led by artists whose interests are to support the visual arts in Scotland. RSA still shares the gallery space with the National Galleries of Scotland. Altogether, It goes some way to explain the valuable and close relationship between the RSA and the museum as a registered charity. 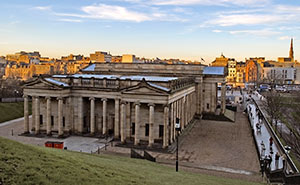 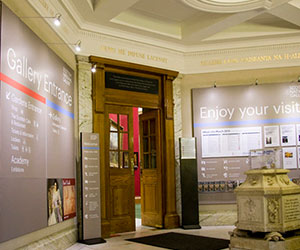 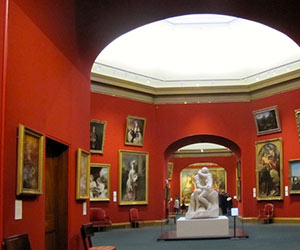