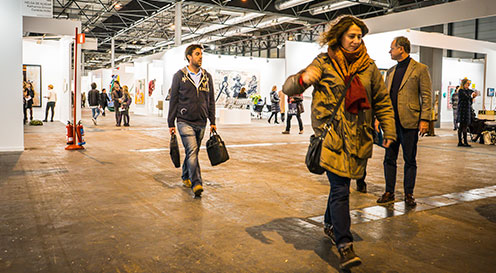 A scathing quarterly report has been published by Skate’s which interprets key figures and trends in art fairs. The report is a big wake up call for the management of art fairs, who the report considers in denial of threats imposed by digital channels. Digital gallery networks and portals such as Artsy are held out as examples of potential threats.

To add insult to injury, the luddite art fairs are hung out to dry for having more offline than online visitors. To follow the gist of what is being said, there are rare exceptions such as Arco and Art Basel. But in general art fairs appear inept at setting up any digital sales funnel worth mentioning, and only venture out into spasms of social-media overdrive in the last couple of months before the fairs take place.

Signs of fair-tigue or the point of market saturation?

Q1 in 2015 is the first quarter in 10 years where the growth of art fairs is slowing down from a double-digit annual pace to a single digit and a decimal. Of course the sampling of the report comprises of the top 12 art fairs, so while it is representative, it is no secret that there is a modicum of uncertainty to the established growth rate of 6.8% as measured in attendance numbers. Behind that figure, there is one art fair in New York and one in Brussels who have reported flat-lining to mildly declining attendance numbers.

Aside from visitors, 4 of the 12 fairs reported a decline in the number of galleries attending. The idea that the market is reaching a point of saturation or may move more online, manifests itself in different ways, according to the report authors. For instance, the largest fair operator the Swiss MCH Group has witnessed their shares take a hit in value.

According to Skate’s, the galleries are redistributing some of the funds they would normally allocate to art fairs. Increasingly, the money is invested in digital marketing and sales.

To retain galleries then, art fairs would have to up the ante by becoming much more engaging online for the general public. In addition, it has to assume a new role. A role where they act much more like online marketing platforms for their participating galleries. Of course, Skate’s is owned by a digital platform, which could explain the inclination to reach that particular conclusion. Still there are some home truths to take away from the report.

Skate’s Art Fairs Report is available for free courtesy of ebay – the title sponsor of the publication. 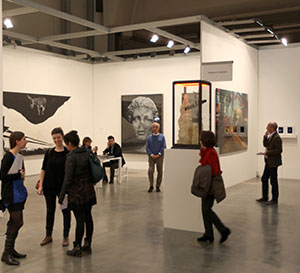 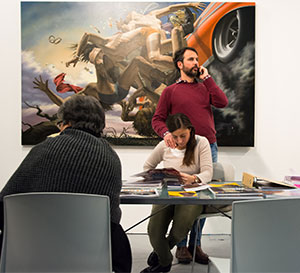 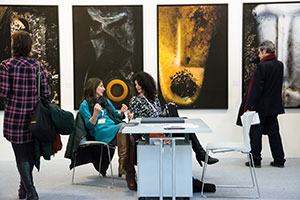