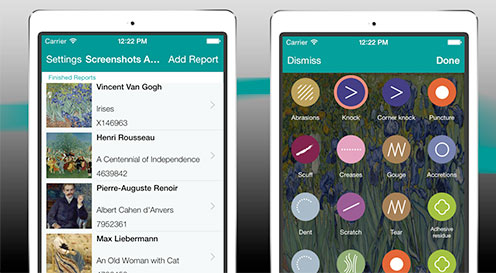 no more duplication of effort

Some days there are clear signs of Hell freezing over. At last the art world is welcoming an invention which is likely to become a de facto standard.

The solution tackles the necessary evil of condition reporting rather elegantly. In so doing, it saves hours of work for art museums, art restorers, art appraisers, auction houses, art insurers and private collectors.

The whole process is carried out by skilled people and redone ad nauseam. It is an exercise that would be drastically reduced in time if you decided to recycle at least some of the information concerned.

why don’t we just log what is new and different from last?

What is more, the mad double work is carried out inconsistently — and at times also inaccurately due to time constraints and level of professional experience. Worse still, the information is occasionally captured with something as basic as pen and paper making the writing indecipherable by anyone else than its originator.

The mobile solution is called Articheck and is a brainchild of Annika Erikson, founder and CEO of Articheck. As a former paper conservator at Tate, Erikson is no stranger to condition reporting. As much as she wanted to focus on treatment, research and care, she often felt as if she was drowning in paperwork. Hence, in 2009 Articheck was conceived and subsequently developed. In 2013 it was extensively beta-tested and quickly proved to reduce each condition report by an average of 30 minutes. Fast forward to 2015 and the app has been released to the rest of us.

The result is a consistent user-friendly system with an in-app guide; a set of customisable media templates, voice recognition and on-screen image annotations. Conveniently, the app makes full use of living on a handheld device that has an inbuilt camera. It makes the process of gathering supporting visuals considerably easier than it was in the past.

Fundamentally, the system treats a condition report little different from a traveller’s passport. For instance, a passport for a work of art can be stamped at each point of entry and exit, and all the ID and provenance is being carried along.

One of the more overlooked advantages of the system is its iconography. When several users use the same symbols to denote the same type of information, it soon becomes industry standard like ISO symbols. Over time, that alone is going to make it easier for everyone to take in the information at a glance rather than read yet another paragraph in yet another language.

Articheck offers a free 30-day-trial period to all new users, then operates on a tiered subscription basis. In addition, it’s free for students and recent graduates. To find out more please visit www.articheck.com 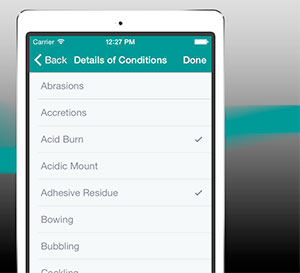 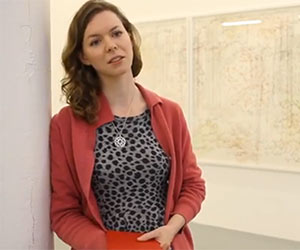 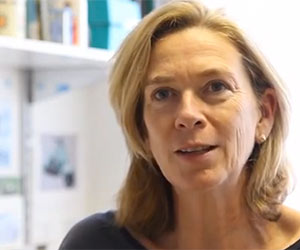