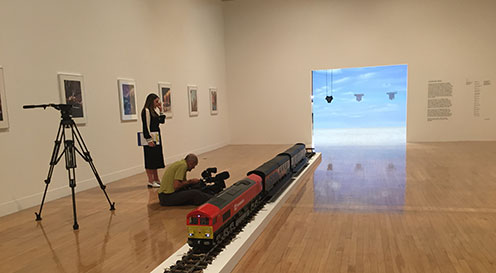 The Oxford Dictionary describes the term Curator as a form of a keeper of a museum or collections and confirms that the word originates from the Latin word of curare ‘take care of’. (Sykes, 1986: 232) In ecclesiastical law, a curator is an appointed warden or guardian who acts on behalf of the mentally ill. In German Ecclesiastical legal terminology the “Kuratus” is the chaplain of the area belonging to a parish’s association. It has been suggested that Curators have always been an amalgamation of bureaucrat and priest (Huber in Tischler and Tannert, 2004: 125). In short, the term defines a role that reflects an enlarged field of responsibility with a never ending push and pull effect of the control of public assets and providing services against providing a deeper meaning to a much wider community. (Allen in Rakier and Schavemaker, (2007): 146)

Whatever the core meaning of the title may suggest, the idea of a Curator has always played an important role in presenting and preserving the articles of museums or the private collections of wealthy individuals. From the Cabinet of curiosities to the Enlightenment and beyond, and as the direct result of the changing nature of expectation of how art is to be displayed, the Curator became a key figure in the representation of art to the public.

Almost 200 years later, the public understanding and perception of the term curate and the idea of the “Curator” has moved on to something that would have been completely alien to Victorian custodians of arts and culture. Even if it is written as a slight parody on contemporary usage of the English language, a recent article published in The New York Times highlights the current misperception of what “curate” really means to the wider public. “The word “curate,” lofty and once rarely spoken outside exhibition corridors or British parishes, has become a fashionable code word among the aesthetically minded, which seem to paste it onto any activity that involves culling and selecting. In more print-centric times, the term of art was “edit” — as in a boutique edits its dress collections carefully. But now, among designers, disc jockeys, club promoters, bloggers and thriftstore owners, curate is code for “I have a discerning eye and great taste.” (Williams, 2.10.2009, On the Tip of Creative Tongues:)

Aside from the term being applied far more creatively than the Latin roots perhaps suggest, the real seismic change has also shifted the meaning of Curator as it was known before. According to David Levi Strauss of the Centre for Curatorial Studies at Bard College, in the past decade or so the Curators of Contemporary Art have become mediating figures in highlighting the relationship between the role of Art and Artist in society and by doing so they themselves were burdened and are often forced to take “a curving and indirect course” between arts and public. (Strauss, 22.1.2007, The Bias of the World: Curating After Szeemann & Hopps).

As put by the graduates of the final year students on the MA Curating Contemporary Art of Royal College of Art, in 2003, implicit in this change is the recognition of the new and radical shifts surrounding the boundaries of the Title “Curator” and perhaps allowing new values free from the expectation of the past. “The curator’s role has in fact furtively shifted onto higher ground. His or her competence is relocated from a direct relation with selection and display to an ability to generate narrative and direct a sequence of experiences”. (The Straight or Crooked Way, (2003): 12)

Next > Changing Nature of Curating