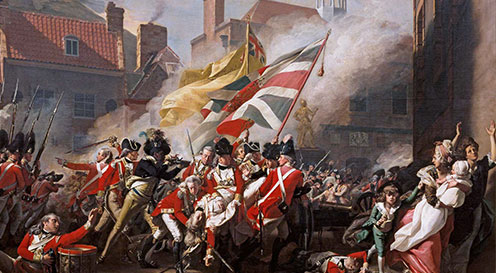 Ask all your friends what history painting is, and both of them would be 90% wrong. One would suggest it is old stuff. The other would say it is all sentimental and melodramatic tosh in gilded frames.

In the Italian Renaissance, the most venerated genre of painting was called istoria by art historians. But it was not about history per se.

Unfortunately, the true meaning of the Italian word was soon lost in translation.

And in Renaissance painting, it was not just a narrative, but one which was emotionally charged and involved more than one figure. With its misleading name, it transpires that we have suffered history painting long before and long after the Italian Renaissance. In fact, if we insist on continuing to call it history painting, it could be justified just by being one of the longest lasting living-and-kicking genres in history.

Arguably, Gustav Klimt’s allegorical works are part of the genre. The British Pre-Raphaelites were also in the game; and with that much broader definition even some early surrealist work are istoria. If you time-travel to 1937, Picasso’s  Cubist Guernica fits snuggly into the same semantic blender as well. 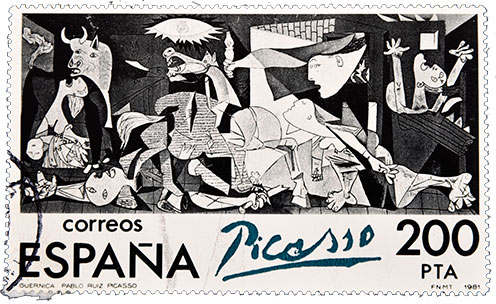 However, Picasso the media-savvy artist, would have resented that label stuck to any of his work. As an avant-garde artist, he could not be associated with something which had fallen out of grace with the art world more than a century before.

Finally, Stanley Spencer’s phenomenal biblical scenes enter the category. They all took place in the Thames village of Cookham and takes us right up to the late 1950s.

Falling out of grace

It is the unpopularity of the term that is the whole crux of the matter. It is also the reason why — with few exceptions — history painting has been relegated to the cobwebbed corners of museum basements in order not to contaminate the minds of the general public one storey above. After the impressionists and the advent of modernism, all the dogma that was taught centuries before was heartily snortled at.

The aforementioned exceptions were the early and late Renaissance painters such as Botticelli, Uccello, Da Vinci, Michelangelo, Caravaggio, Titian, etc. Arguably, most of the production of that age was istoria. But they went unscathed because they wer not the enemies of the present like Académie des Beaux-Arts.

The ones ridiculed were active in the salons of the 18th -19th century. I.e. the likes of David, Delacroix, Delaroche, Ingres, et al. They were artists who excelled in history painting and came from the art academies. They were painters who spewed out neo-classicist or romanticist dramas all depicting classical stories such as heoric military battle, a scene from Greek mythology or old testament.

In the grey zone between the two ages, but still quite kosher was the baroque.It created artists such as Peter Paul Rubens, Rembrandt van Rijn, Diego Velázquez. Of this lot, Rubens is  considered the greater history painters of the three.

One treatise to blame

Of course, it has a preamble of sorts and it began in Renaissance Italy. In his treatise Della Pittura from 1435, Leon Battista Alberti  identifies good motifs for istoria painting. According to him, the works of art should ideally represent the noble and the exemplary deeds and the struggle for the morally correct. It explains the artistic focus on Saints or other Biblical figures, pagan divinities, harems of the orient, mythological heroes as well as a fictional preoccupation with real historical events.

Large-canvas history painting have been commissioned as pure propaganda, as counter-reformation and as works to elevate the morals of communities. They acted like cartoons of the serious ilk in an age of varying degrees of illiteracy. Hence, they have been fashioned to suit public spaces, churches, palaces and town halls to inspire and to indoctrinate.

However, with the age of reason, we have become less and less inclined to think what we have been told to think by authorities. So whilst some of our contemporary artists might reinvent the genre under a more palatable name, it is much more likely to be an invitation to dialogue and an invitation to project one’s own meaning into the art. 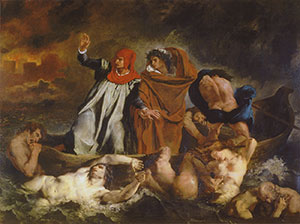 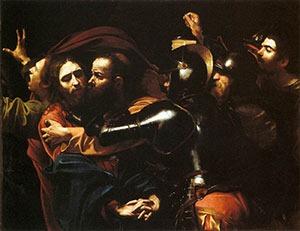