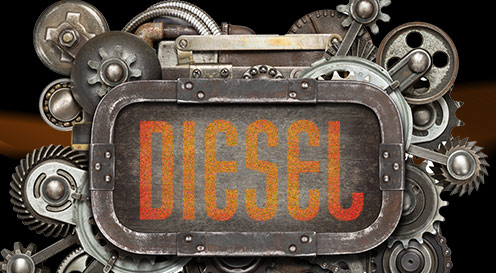 a blast from the past

Any name which includes ‘punk’ suggests countercultural anti-establishment, and in a sort of toothless way, Dieselpunk is certainly not impressing the art world. But that is about as counter-something as it gets in all honesty.

However, as a derivative of the 1980s Cyperpunk and Steampunk, Dieselpunk is an intriguing addition to the art vernacular of the late 20th and early 21st century. As a so-called fringe art, it has proven to be as divisive as tattoos, olives and marmite.

Dieselpunk is a close relative to Steampunk which in turn just harks a bit further back into the Victorian age. It is also associated with decodence, lowbrow and pop surreal art.

It is essentially a post modern time machine that messes up sentimental sterotypes of the bygone interbellum era and fuses it with the present and scifi. Because of its focus on representing mechanics and technology, it is referred to as retro futurism or pastiche of Futurism. But, of course when you add the serious fascist associations of the Italian Futurism, that would be an inverted pyramid of piffle.

Dieselpunk is a genre that combines the visual vocabulary of diesel-based technology from 1918 to 1950 with the the post modern. The innocent term was coined by the game designer Lewis Pollak in 2001 and since then it has duly been adopted by various media including the film industry. For instance, The Golden Compass, a fantasy adventure movie featuring Daniel Craig, could be said to be a mix of steam- and dieselpunk with a stretch of imagination.

Dieselpunk is a fairly new way of recycling the old

Purportedly, artists have not exhibited under the umbrella term Dieselpunk until recently. But here are two sightings at least:

In June of 2012, the Oceanside Museum of Art in Oceanside, California mounted an exhibition titled, Zeitgeist: Dieselpunk Tinkerbots by Dan Jones.

Like lowbrow artists, dieselpunk recruits artists from the world of illustration. That is, more often than not, the artists are extremely talented illustrators who have reached their audience and following via sites such as Behance and DeviantArt. Secondarily, it is sculptors like +Brauer who have upscycled found objects. In addition the genre manifests itself in niche industrial design and fashion, and oddly enough it has quite a following amongst urbanised bicycle enthusiasts. 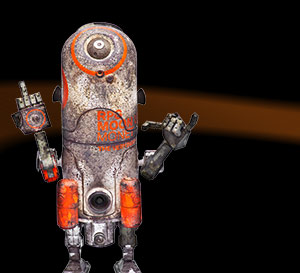 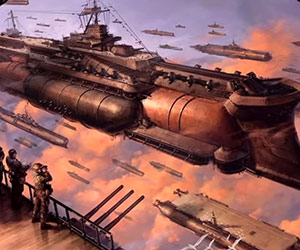 A primer on Dieselpunk 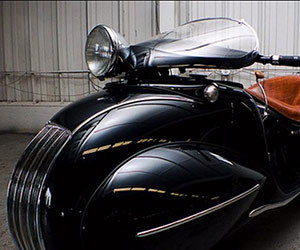 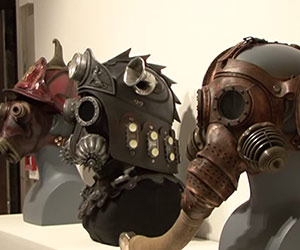 About steampunk a close relative